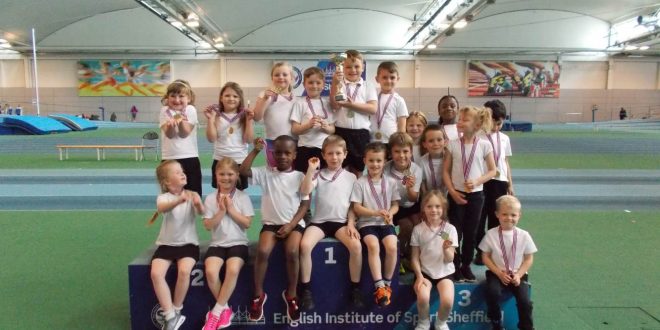 On May 3rd and May 4th the first Astrea Olympics were held at the English Institute of Sports in Sheffield, home of many of our national Olympic competitors.

Greengate Lane Academy competed over the two days against schools across the Astrea family.

Over the two days the events held were Standing long Jump, Foam Javelin throwing, 50 mtrs sprint, 100 mtrs spring and 4×50 mtrs relay. The children met 2 players from the Rotherham Titans and an Olympic sprinter from the 2008 Beijing  Olympics. They helped out for the two days and supported every child in every event.

The first day was the Year 1 and the Year 2. We took 5 boys and 5 girls from each year group. This was a close fought games with seven other schools.

All children did their best and some produced some excellent performances.

The results were outstanding.

Overall we had had a great two days with the result that we came first on day 1 and second on day two.